Introduction to fastlife and parallel modeling

In one of my recent blog posts, I wrote about how I wanted to develop parallellife, a model that processes multiple model points in parallel. I finally got time to work on its prototype. The name parallellife is a bit too long, so I eventually named it fastlife. In this post, I discuss how different fastlife is from simplelife, how it performs, how I plan to improve its performance, and why the parallel modeling approach reduces modeling errors. Although it’s still premature, the fastlife prototype model can be downloaded from the link below so that you can play around with it and reproduce what’s written in this post.

The file can be read into an IPython session by lines like these:

With a simplelife model, to get the present value of net cashflows for Policy 1, you can do:

The Space Projection[1] is only for Policy 1, so to get the present values of net cashflows of all the 300 model points in a list, you can do:

On the other hand, the fastlife model returns the present values for all model points in a Series:

Note that the formulas of PV_NetCashflow in the two models are the exactly the same:

Now let’s see how fast a fastlife model is. The code below is for comparing execution time between the two models.

modelx has a stack trace feature, which enables you to see how much time each formula took during an execution. The code below keeps track of the execution information of formula calls while calculating the present values of the net cashflows.

df holds a DataFrame each record of which shows the name of a Cells (or a Space) object, how may times the formula of the object is executed, and how long the executions of the formula took in total. The table below shows the top 5 Cells that took time the longest.

Let’s see the formula of fastlife.Projection.Assumptions.MortFactor, which is taking time the most.

fastlife.Projection.Assumptions.SurrRate, the second time-consuming formula looks similar to the above. These formulas apply functions that are defined in the formulas to PolicyData, a Pandas Series object. Within the functions applied to PolicyData, the AsmpLookup.match method is called, which is algorithmically a pretty expensive operation. Getting rid of this method, and hopefully of the locally defined functions, get_factor all together should shorten the execution time by a lot if it’s all possible.

By inspecting time-consuming formulas like the above and finding ways to rewrite their code to optimize performance, I’m sure the performance of the fastlife model should improve significantly.

I also looked at how the fastlife model is utilizing CPU cores. As you can see in the following figure, it’s only utilizing about 30% or less, given 10% was used by other processes. This is because Pandas is not utilizing multi-threading, and it was not utilizing all the 4 cores on my PC. 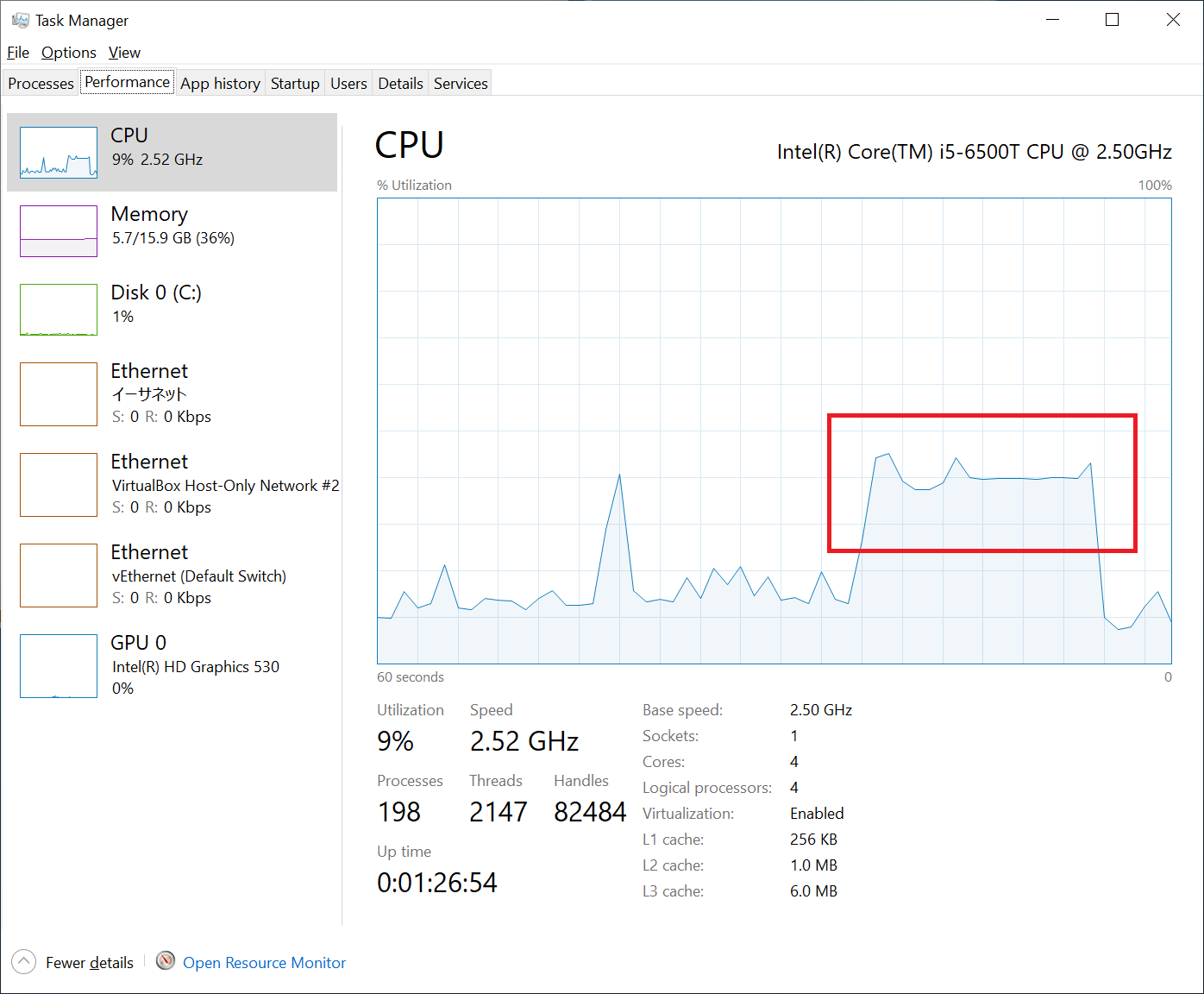 Unfortunately, Python cannot benefit from multi-threading due to its mechanism called GIL. I looked around for a solution and found modin. In short, modin’s goal is to behave exactly like pandas but with multi-threading and/or multi-processing enabled. I quickly tested modin, but I couldn’t get it work with modelx. I believe I can make modelx work with modin, but need further study.

The fastlife prototype model is yet only 30% faster than simplelife. However, code optimization should improve its performance drastically. Further more, By integrating modelx with modin, fastlife should be able to utilize CPU cores in parallel, resulting in further performance improvement. The parallel modeling approach is expected to reduce modeling errors.