In a couple of earlier posts, modelx performance has been discussed. While modelx runs heavy actuarial models pretty fast, one issue with modelx was its massive memory consumption.

To address the issue, a new feature has been in development and it is soon to be added in a future release of modelx. This post discusses how the feature works and shows the result of its initial performance test.

The interface design of the feature has not finalized yet, and will be updated by its official introduction.

Update on 16 April 2022: modelx v0.19.0 introduced this feature. This post is updated to reflect the actual method names, generate_actions and execute_actions.

The issue with memory consumption

Let’s take lifelib’s CashValue_ME model for example. Running the model with 100K model points consumes up to 33 GB of additional memory (In the figure below, 9.5GB is consumed for other use). 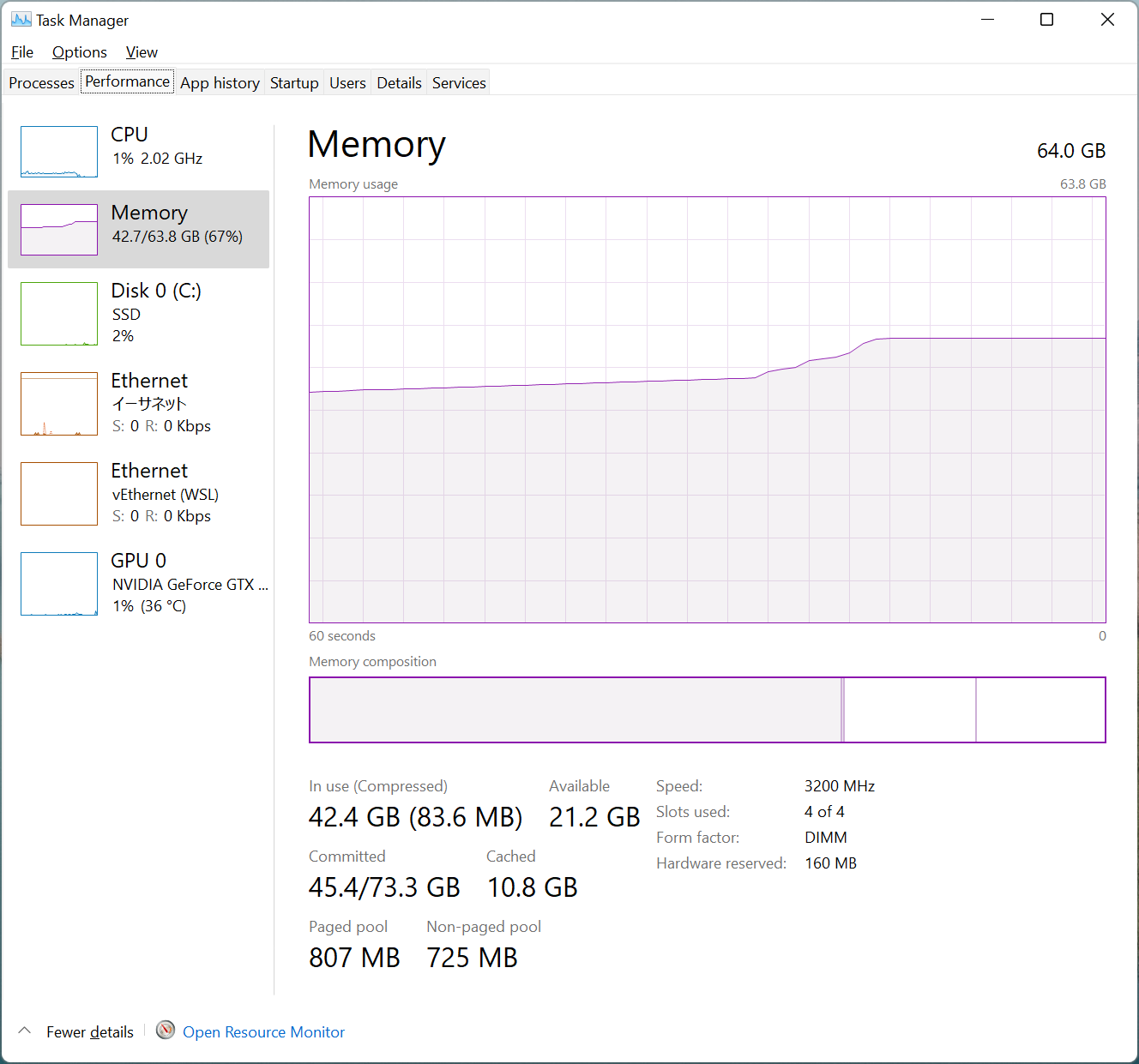 This wouldn’t be a problem for a compute engine in a cloud environment, which has up to a few terabytes of memory, but common desktop PCs come with much less.

The reason why the run uses so much memory is that to calculate the target result you want in the end, modelx keeps all the intermediate results that are calculated indirectly by the formulas recursively referenced from the target formula.

To understand the mechanism better, let’s take this simple model for example.

Let’s say your target node is Cells3(2). Cells3(2) directly depends on Cells1() and Cells2(2), and the whole dependency graph of the calculated nodes looks like below. The nodes in the diagram below are in a topological sort order. So any node in the diagram does not depend on those placed on the right side to the node.

Then the both two nodes are value-pasted, as highlighted in yellow, because both have edges going out of the first step rectangle. Having such edges indicates that the two nodes are referenced in later steps, so the values of them need to be preserved now.

And the 2 calculated nodes and the 2 value-pasted nodes from the previous step are checked whether their values should be pasted or cleared:

Then the third step begin and the target Cells3(3) node is calculated.

The target’s value is pasted and the value of all other nodes are cleared.

Since this is an illustrative example, the values of 4 out of 5 nodes are held at most at a certain point, so the memory-saving impact looks small, but in reality they are hundreds of thousands of nodes are involved, so the benefit is material.

In order for the mechanism above to work, the dependency graph of calculation nodes must be known first. modelx determines the dependency upon execution, so the mechanism requires 2 runs, one for generating the graph and a list of actions and the other for getting the target’s result. The first run should be carried out with a reduced set of model points.

The current design of the mechanism introduces two new methods of the Model class. (They may be renamed by their official introduction)

The execute_actions method takes this list as an argument, and carry out the second run following the action list.

Testing with the lifelib model

Now let’s see how this works with CashValue_ME. Our target node is result_pv(). For generating the action list, we use the default 4 model points.

Here’s how how memory consumption increases during the run. 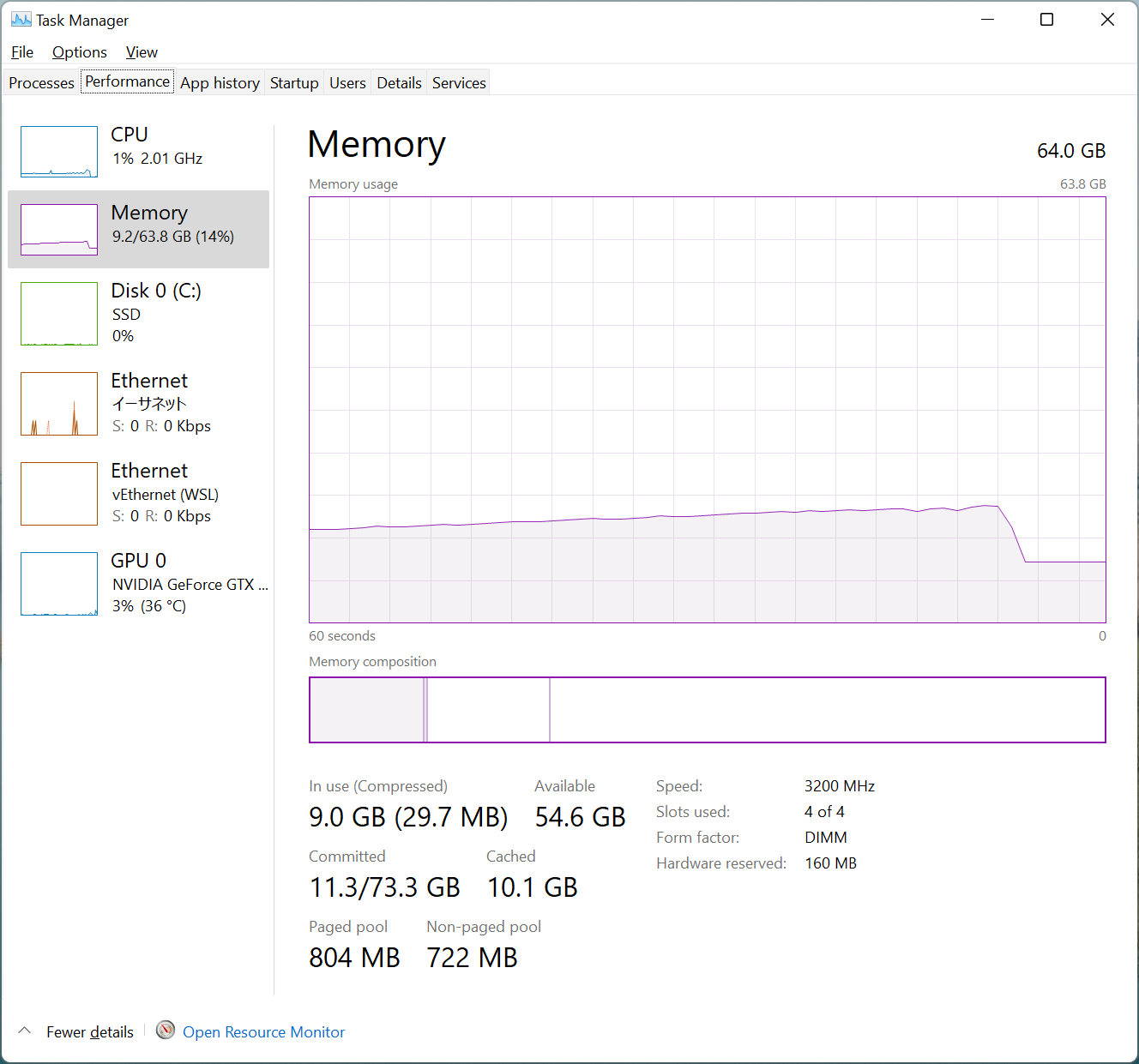