In my previous post, I introduced a prototype of fastlife, a model that processes multiple model points in parallel, and mentioned a few ways to improve it. I further worked on the model and made it run faster. The updated model is attached below for your reference. I’m planning to add the fastlife project to lifelib soon based on this version of prototype with some further changes.

Speed Before and After

The previous model took about 21 seconds on my PC as I wrote previously. This time, I ran the same model on a new Python environment on the same PC. This time, the model took about 14 seconds. The table below compares the versions of Python and relevant packages between the new and old environment. I don’t know what relevant package contributed to the performance improvement.

Then I updated the model by making changes to the model as explained in the next section. The updated model only took 6.4 seconds for the same run. The base set of model points contains 300 model points, 100 of which are 15-year term policies, 100 of which are whole life policies with varying issue ages and 100 of which are 10-year endowment policies. Because all the policies are processed in parallel, the projection period lasts till the end of the last whole life policy, although all the term and endowment policies don’t exist beyond their maturities.

The table below lists the 5 most time consuming Formulas from the previous model.

The first 3 Formulas accounts for more than 70% of the total run time.

I couldn’t refine ReserveNLP_Rate, but I was able to refine MortFactor and SurrRate, as well as many other parts of the model.

Let me explain how I refined MortFactor Formula for example. For every value of y, a callback function get_factor was called, and get_factor looked up in the assumption table the mortality factor ID for each model point in PolicyData that best matched the 3 model point attributes, product ID, policy type ID and generation ID.

I refactored SurrRate formula similarly. Thanks to these refinements, the execution times of MortFactor and SurrRate reduced significantly, and they are not the top 2 time consuming formulas anymore.

In the previous post, I explained how it’s hard to make Python scripts multithreaded effectively due to the GIL issue, and mentioned modin as a possible solution, hoping that it would have some mechanism to solve the issue under the hood.

I tested and learned more about modin and its underlying Python library, dask. Unfortunately, modin and dask don’t seem to solve the issue out of the box. In many formulas in fastlife, Series.apply method is used. The method is for calling back a Python function to apply the function to each element of the Series. Since the callback function is interpreted by the Python interpreter, calls to the callback function can only be processed serially within the same process because of GIL. Given the complexity of actuarial models in general, it would be difficult to completely get rid of Series.apply.

I thought about translating callback functions to native code by using cython or numba, but that doesn’t seem to be realistic because the callbacks could reference high-level Python objects, such as Space and Cells defined in modelx.

I stopped pursuing multithreading approaches for now, and shifted my attention to multiprocessing.

A modelx user contributed sample code to execute modelx in a specified number of parallel processes. By applying some changes to the contributed code, it didn’t take much time to make modelx run in parallel in separate processes. I made the code available here for your reference. Using the code, I tested running modelx in different numbers of processes, from 1 to 10, giving each process the 3000 model points as I used before, and observed how the run time grew. 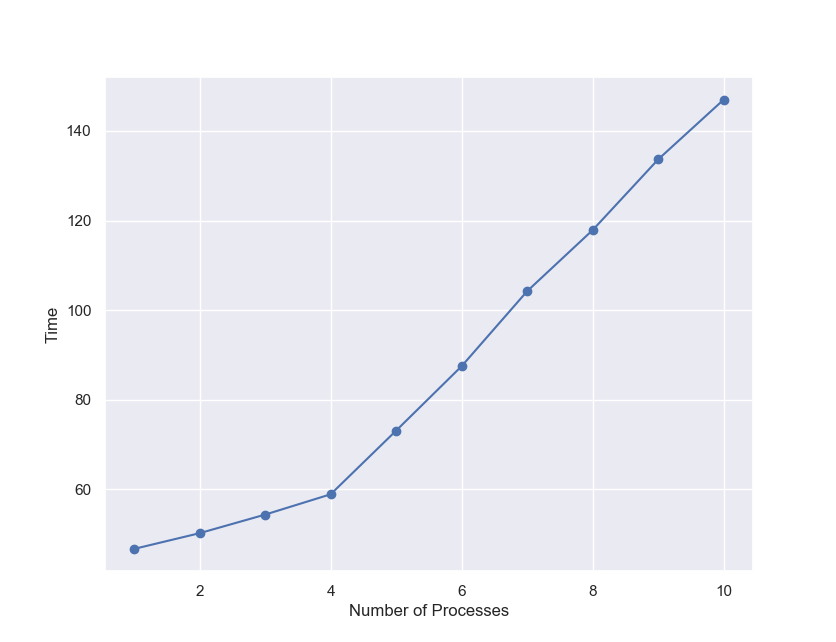 Since my PC has 4 CPU cores, the execution time increases only by a 3-5 seconds up to the 4 processes run. From there, the time increases by about 15 seconds per process. Assuming that each additional process is evenly distributed across the 4 cores, 60 CPU seconds are spent on the additional run with the 3000 model points. This is understandable given that it takes 47 seconds for a single run and that there must be some overhead. Taking about 150 seconds for the 30000 model points also explains 30% overhead due to multiprocessing, which you can tell from the comparison against the single process run that took 450 seconds for the 30000 model points 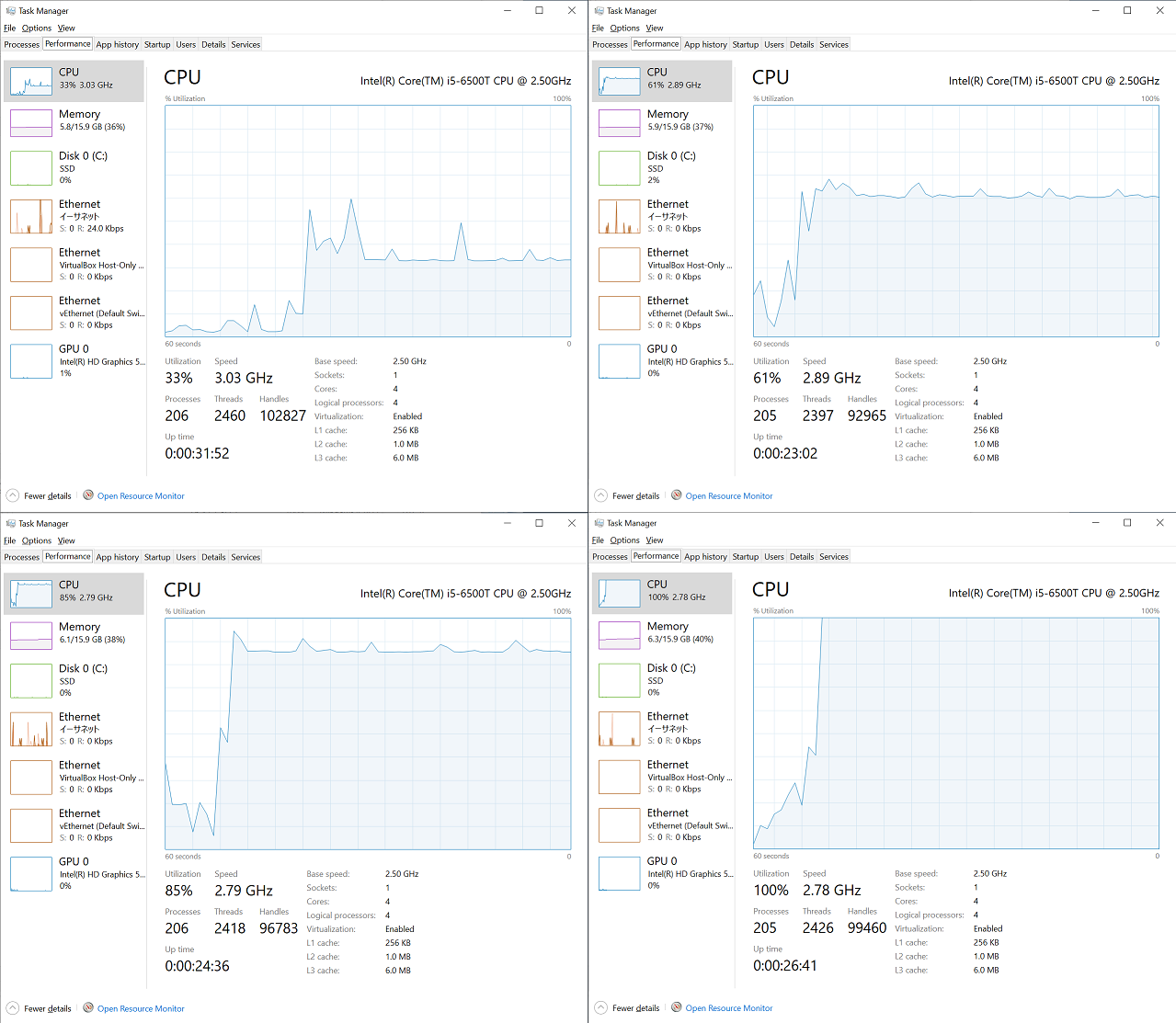 Processing 30000 model points in less than 3 minutes on my 5-year-old consumer PC is not impractically slow at all. But keep in mind that fastlife is simpler than most production models. It should also be noted that fastlife is an annual projection model with 100 time steps, so for monthly models, computational load would be 12 times more.

I could further improve the performance of fastlife, but probably I won’t because optimization techniques would be specific to the fastlife model and not applicable to other models.

In the context of multiprocessing, sharing common data in memory across processes is a challenge to tackle. Python has a standard library for shared memory, but only data of primitive types can be shared.

Another challenge is memory consumption. modelx stores all the intermediate values needed to calculate the end results that the user requested, which would lead to massive memory consumption if the model is given a large model points.